Believe it or not, but Aaron Donald wasn’t “choking” a teammate just for fun. The drill from that viral video shown on NFL Network’s broadcast actually has a purpose, and Aaron Donald explained it on Thursday in an interview with Brandon Marshall.

Donald had his right hand on undrafted rookie Elijah Garcia’s throat and shuffled to the right four times, jerking Garcia’s head back. Donald described it as a “run scoot,” which is a run-stopping technique used to close down gaps and force the ball carrier into the defender’s lap.

Marshall asked which drill was more disrespectful: Donald’s or Derrick Henry shoving crouched defenders to the ground with stiff-arms.

“It ain’t disrespectful. It’s a technique. He’s a rookie! He’s gotta pay his dues! He had to!” Donald said laughing.

No harm, no foul. Just a slightly bizarre football drill that looks quite uncomfortable for the guy whose throat is in Donald’s grasp.

Here’s another look at it if you haven’t seen it yet.

This does not look like a fun drill for # 69 lmao pic.twitter.com/TTlGTnJ0EZ 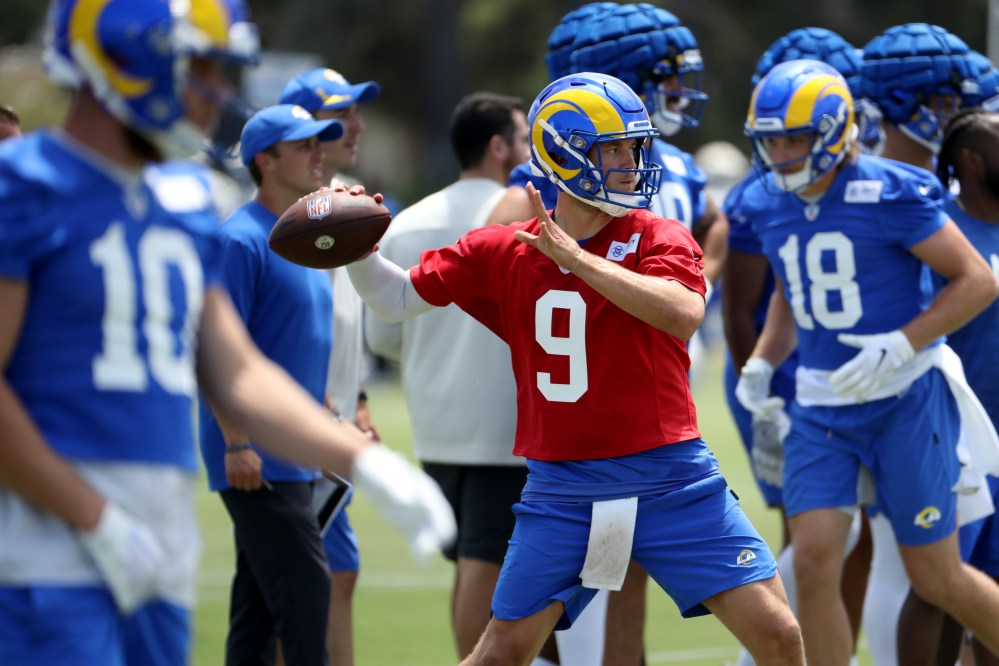